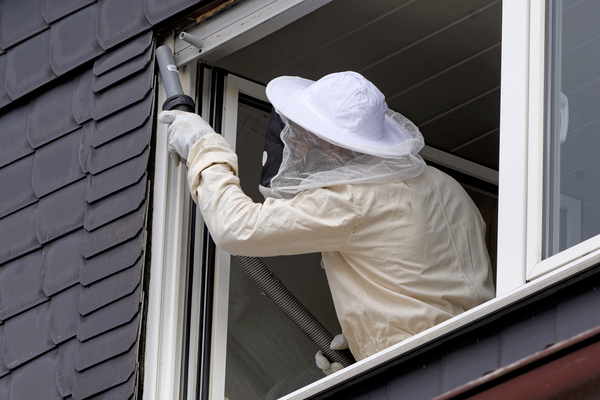 These pesky picnic spoilers will either be the common British Vespula Vulgaris or a German Vespula Germanica; both wasps are similar in size and markings.

While the common wasp is usually to blame for spoiling the fun, there are actually three other common species to add to the list - the red wasp, the tree wasp and the accidentally introduced Saxon wasp or DolichovespulaSaxonia. They are all about the size of a paper clip and they will all sting you.

What they all have in common is the ability to spoil a BBQ however they are not all bad as they can have a positive impact on the ecosystem. Wasps prefer to feed on caterpillars and other common garden pests. This can have a positive impact on the balance of nature, but if they are nesting in close proximity to people it can lead to problems and would need to be take care of. So what can be done to set the balance right?

By understanding the lifestyle of a wasp we can decide on the most effective way to deal with these predators. Put some deterrents in place and ultimately stop them from building a wasp nest in your home.

Wasp season is early May until the end of summer, with the peak time for wasp activity in August. A queen will start a new colony every year. Fertilized the previous year, she hibernates over winter and by spring the following year will produce a brood of highly effective female workers.

The queen and the worker wasps will lay up to 5,000 eggs in a season. One thing is for sure, it's tiring being a female wasp. She and her sisters continually lay eggs throughout their short life. The male wasps provide the food. This is a non-stop job and it is carried out with effective military precision.

Intensive nest building is also the job of the worker wasp. Believe me, they are really good at it. Building cone-like structures at a rate of knots out of wood fibres and paper chewed into a pulp and placed into position by their hard mandibles, this skill is required to make this a weather-resistant home.

Wasps like a warm and dry location for their nest. That is why they will look for a shed or a gap in the roof fascia to access your loft. Wasps have even been known to dig out the grouting between the structural brickwork causing serious problems. For this reason, wasp damage should not be underestimated.

If that wasn't bad enough, the big brother of the wasp is the hornet. Hornets love a warm dry location to put their nests, favoring decking, sheds and garages. Really anywhere away from the ground; although they have been known to use old rabbit holes and badger burrows in rare circumstances.

Just like wasps, hornets are social insects and prolific colony builders. They are larger than wasps and are mostly a chestnut brown colour. The hornet carries a powerful sting. You will really feel it if one stings you. It's this sting that can cause a nasty allergic reaction and, what's more, hornets can sting you more than once and still survive.

Interestingly, hornets prefer the south and south-west of Britain, where wasps are pretty indiscriminate and can cope with lower temperatures in the north and north-west.

Watching out for the Bees

Sadly hornets love bees, and not just as neighbours, but for food. Nearly five times the size of the European honey bee and addicted to honey, one hornet can kill almost an entire bee colony by itself, and will do this if given the chance. This is why beekeepers do not like hornets.

Wasps do not generally bother the bees; while they also love honey they tend to get their kicks from sugary drinks and sweets left in bins and, if you're unlucky, your lunch.

There's little doubt that wasps and hornets are annoying and destructive. Hornets win the battle of the bad bug - although they are actually a relative of the wasp, just bigger and more powerful with a more intensive sting.

Saying all of that, just be grateful we don't live in Asia. The giant Asian hornet kills up to 50 people a year. Also known as the Yak-killer hornet, the commander wasp and tiger head bee, these hornets have bright yellow heads, are up to two inches long, with a terrifyingly long wingspan.

Given the delicate state of the eco structure and the possible danger to life it's no wonder the UK government has a dedicated page on its website asking UK residents to report any sightings.

So what can be done?

Prevention is always better than cure. So with that in mind carry out regular maintenance on your home. Survey for cracks and loose joints where possible and, once found, fill them leaving no room for invaders to get in.

Consider installing insect screens and using them in the summer months. These are especially useful if you live near water, as wasps, hornets and other insects are prevalent in these locations.

Regularly clean out birdbaths and rainwater receptacles and keep your bins clean. This is not only good advice for the prevention of wasp and hornet nests but will also deter mosquitos and the common housefly.

If prevention has not worked it's a good idea to contact the professionals, as treatment of wasp or hornet nests can be dangerous without the correct protective clothing and equipment. A professional controller has the technical knowledge and access to environmentally safe and eco-friendly treatments that are not available to the public.

Remember one sting will hurt but an attack could kill you, so it's no joke.

What's The Best Treatment or Removal?

Without a doubt treatment is better than removal for this simple reason: no matter what the time of the year, whether we are in the midst of wasp season or not, you can successfully and quickly treat the problem. This is not the case with removal - you can only remove the nest in winter or after it has been treated. Not to mention the possibility of being stung. So it's the treatment route all the way.

After treatment and, as an added bonus, the controller can come back and remove the nest, for a small fee. Now that's what I call service.

Permkill Pest Control, based in Cheshunt, Hertfordshire, local to Enfield and Barnet in North London. They are fully qualified in the treatment of wasp or hornet nests, holding the BPCA / RSPH level 2 Award in Pest Management.

As members of Basis Prompt, a registered independent industry and government recognised register of professional pest controllers, Permkill has full public liability insurance and complies with all relevant health and safety legislation.

Certified members of the British Pest Control Association means that any remedial work is carried out to the highest standard.

If you have a problem with wasp or hornets don't take any risks. Call a professional. After all, that's what they're there for.
For more information